Establishing confidence in product performance requires the right mix of physical testing and numerical simulation and there is a broad spectrum on offer for both, from sea-trials to tank testing and hand calculations to finite element/volume methods with trillions of automated calculations. The pros and cons of each approach add value to different aspects of the engineering design process and with suitable, iterative cross-comparison, make the difference between guesswork and design.

In early 2017, Teignbridge launched a uniquely capable propulsion system test vessel – HRV1 (Hydrodynamic Research Vessel 1) – for the purpose of physical testing and rapid prototyping of new ideas. HRV1 provides the facility to test propellers of up to 1200mm in diameter, significantly reducing scaling effects associated with typical model scale testing by ensuring representative, fully turbulent flow over the propellers (compared to laminar or transitional flow associated with typical smaller scale models of between 200m to 400m diameter). Testing at these large scales (often full scale for Teignbridge propellers) reduces the mathematical jump from model scale propellers by, for example, a factor of 6 to a factor of 2 for a 2400mm propeller. 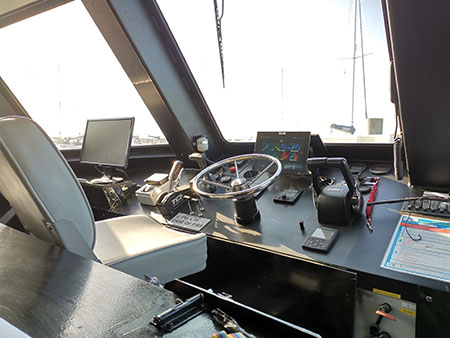 In order to accurately capture and evaluate propeller performance, HRV1 is fitted with a sophisticated array of sensors – the heart of which is a propeller shaft mounted fibre optic thrust and torque sensor array developed by a partnership between Teignbridge and City, University of London. This piece of equipment is essential to establishing the hydrodynamic performance (thrust and torque) of a propeller and is necessarily sensitive in order to accurately capture propeller thrust (notoriously difficult to measure), measuring changes in propeller shaft geometry down to 2 picometres (2 billionths of a millimetre!).

In addition to the HRV1’s fibre optic strain gauge system, data is also captured from a pair of Doppler Velocity Logs to measure speed through water, accurate on-shaft RPM sensors, six degree-of-freedom motion measurement and various CAN bus data feeds including environmental and engine data. LabVIEW data collection software is used to collate and pre-process performance data live onboard before communicating through a wireless link with Teignbridge HQ back on dry land. HRV1 operates out of Torquay harbour in South Devon, UK, and uses the sheltered waters of Torbay as a test ground. 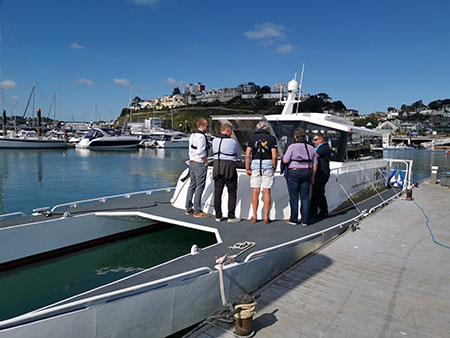 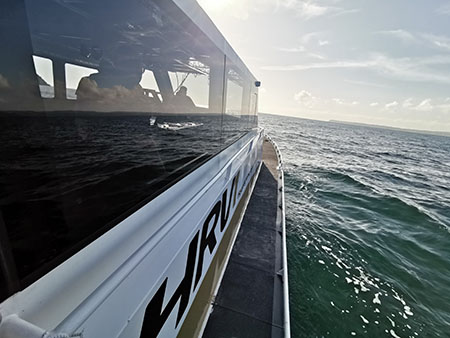 If you have a question or need some expert advice please complete this form giving details of your enquiry and one of our industry experts will endeavour to get back to you at the nearest opportunity.

Talk to an Industry expert

If you would like to talk to one of our industry experts you can call us between 9am and 5pm UK time.

We have found the service and quality to be absolutely first class, and their pricing remains competitive.

I would just like to thank you and the staff at Teignbridge Propeller for the fantastic service we have received over the last couple of years. It is a pleasure to work with professional people such as yourselves. Response time on quotes along with timely deliveries being made when they say they will.